Can I Carry a Tripod on a Plane?

If you’re planning on travelling with a tripod, there are several things that you should consider before taking it with you on any aeroplane flight. Whether you’re a TikToker, a wildlife enthusiast, a photographer, or …

If you’re planning on travelling with a tripod, there are several things that you should consider before taking it with you on any aeroplane flight.

Whether you’re a TikToker, a wildlife enthusiast, a photographer, or just an average guy/lady who loves to take pictures. Whether it’s work, tourism, or holidays that have you traveling across countries, you’d find this travel article quite helpful.

Tripods are those three-legged stands that support our cameras and give us the stability that our hands couldn’t give us while taking pictures or videos. They have become an integral part of photography and as you know, photography is an art that takes you places, whether it’s when you’re taking the photo or when you’re admiring it.

That brings us to the focus of the article, going places. You might want to go take a photo of the Great Wall of China or the Taj Mahal or the Great Pyramids of Giza. You get a suitcase, pack your clothes, some toothpaste, your passport, your Visa, and most importantly, your camera. You check and recheck. You know you’re missing something. That’s it, your tripod, you pull it out of the closet but you don’t seem to know how to pack it or if the airline you’re flying with allows you to bring it along. Then keep reading because this article is for you.

Can I Carry a Tripod on a Plane? – Complete Guide

Sometimes while traveling, you’ll want to take pictures and store those memories in 4k so you grab your camera and your tripod stand and zoom off. But wait a minute, your tripod does look cumbersome, would they let you take it on your trip?

Well, the answer in most cases is yes. You can carry your tripod on your trip if the airline you’re traveling with permits which in most cases they do. While you’re allowed to carry your tripod with you, it should be able to fit into your luggage, in the luggage rack, or under your seat. Apart from that, you may also be required to pay a small fee, especially if your tripod doesn’t fit into any of the aforementioned places so that it can be cleared.

While some airlines would allow you to bring one into the cabin, others won’t because such items are considered blunt weapons and can be used to hurt people. Such airlines require you to pay an extra fee so that your instrument can be stashed away in a safe place.

Some tripods also have sharp parts which can make them classified as sharp objects and you’ll never be allowed to carry them past the checkpoint. Remove the sharp points and store them separately away from your carry-on luggage. Airlines like American Airlines allow you to carry your tripod packed as in your carry-on bag.

For most airlines, this is the same as forty inches measured in total height, width, and depth. Your tripod cannot exceed this size when being carried on with you.

Rules For Carrying A Tripod On A Plane

The general rule for carrying a tripod on a plane is that it should be collapsible so that it can fit into your extra luggage if it’s too large. You can also put it in the luggage rack or under your seat but it shouldn’t inconvenience any other passengers.

Some airlines will not allow you to take it on the plane if it’s unpacked. You can then pack it in your carry-on luggage. This is the most convenient especially if you’re traveling light although some airlines won’t let you bring it with you either way.

In summary, bring a collapsible tripod that could easily fit into your carry-on luggage without fuss, or if you can’t try fitting it into your extra luggage so you’ll pay for all of it.

How Big Should My Carry-on Tripod Be?

It can be as big as you want as long as it can fit into your carry-on luggage. Since most tripod stands are collapsible, it’s possible they can fit. Most airlines will only let you through if your tripod is part of your luggage.

In a general sense, if you’re not unpacking it, it just shouldn’t be too cumbersome or big that it’ll occupy too much space on the plane. It should fit into your backpack, suitcase, or handbag as carry-on luggage should be easy to carry on. It’s best if it can fit into your carry-on luggage so you don’t have to pay any extra fee.

Can I Bring A Tripod On An AirAsia Plane?

Unfortunately, no, but for a good reason. A tripod, as innocent as it looks, can be used as a weapon(hopefully not one of mass destruction). For this reason, few airlines like AirAsia here don’t permit carrying a tripod with you on the trip.

Instead, you’ll be required to pay an extra fee for it as extra luggage. This prevents people with anger issues from using it for purposes other than supporting a camera. The fee should just be a token though.

Can I Carry A Tripod On Cebu Pacific?

No. You’re not allowed to bring a tripod on Cebu Pacific Airlines. This is for the same reason that you can’t bring one on an AirAsia flight. You’ll have to pack it with other luggage. A tripod is considered by Cebu Pacific as a blunt weapon.

Even if your tripod could fit into your backpack or suitcase you won’t be able to carry it. Although this might be a bit inconvenient, it’s for a good reason because it ensures the safety of you and other passengers as blunt or not, a weapon is a weapon. You might also be required to pay an extra fee if your tripod doesn’t fit in your extra luggage.

The Flight Attendant Can Confirm Can I Carry a Tripod on a Plane?

You can ask a flight attendant before going through security if it will be possible to carry your tripod onto the aeroplane.

An allowed item may become disallowed during the security screening process if it violates other regulations or gets too close to the edges of its permitted specifications.

This is why it’s important that you know beforehand what type of tripod you’ll be able to bring along without problems from checked luggage.

Can I Bring My Tripod Onto the Plane If It’s Under Twenty Four Inches Long?

It is important to note that the airline’s discretion lies in the final decision, but usually, you will be able to bring your tripod on board.

Most airlines do not have any specific policies regarding tripods and it is highly unlikely that they will confiscate your tripod unless it presents a safety concern.

However, some passengers may find their tripods unexpectedly detained by staff after having passed through airport security, which can result in them missing their flight.

it must be stored in your checked baggage and not take up any of the passenger cabin space or interfere with safety equipment such as oxygen masks. If the tripod is longer than 24 inches (61 cm) then it may need to go into cargo hold instead of being carried by passengers inside an airplane cabin.

it’s safe to say that it all comes down to the type of tripod you’re carrying, how you intend to carry it and what airline you intend to fly with.

After reading this article, I recommend consulting your travel agent to know how you’ll pack with your tripod in question, where your desired airline stands on the matter of carrying a tripod stand on the plane, and to know if you’ll pay an additional fee. While traveling, always wear your face mask, sanitize, and endeavors to stay safe. 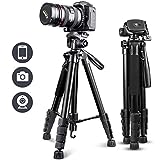 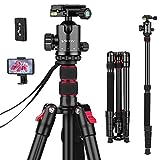 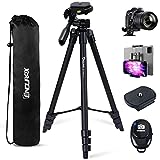 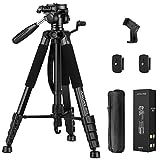 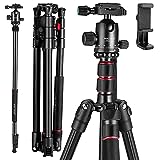